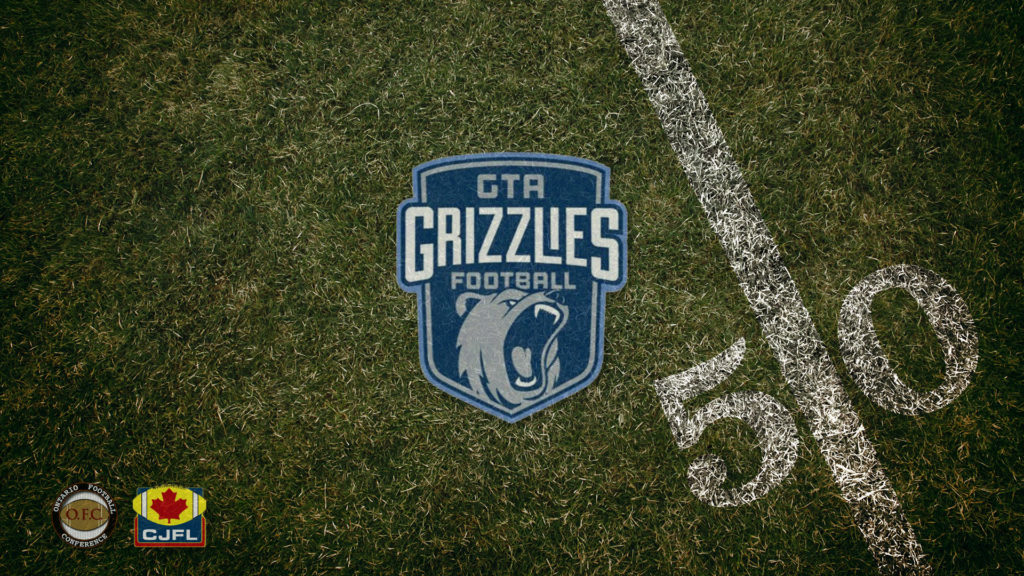 On Saturday, August 17th, the GTA Grizzlies travelled to Windsor to take on the AKO Fratman for their CJFL 2019 season opener.

The GTA Grizzlies Football team is a member of the Ontario Football Conference who strives to provide an opportunity for young men aged 17 – 22 in the Greater Toronto Area to pursue their passion of competitive football at a higher level.

The game started on a rocky note with the GTA Grizzlies fielding a new offense with a team consisting mostly of first year players. Overall the game was mostly one-sided with the Fratman holding a 26-0 lead at half time. The Grizzlies showed great resilience by battling hard and holding the Fratman scoreless in the second half.

The Grizzlies are looking at this experience as a starting point to find its identity on the offensive side of the ball and trying to get the ball into the hands of its key players.

The Grizzlies are excited to announce the addition of veteran offensive coordinator O’Neil Holness and are looking for his expertise to develop a long over due presence on the offensive side of the ball. Coach Holness has spent numerous years coaching in the OVFL and is excited to create a winning culture within the Grizzlies organization.

Key players in the game were middle line backer Mark Straw and Defensive back Arvind Randhawa.

The Grizzlies will be looking for their first win as they host the Niagara Raiders at their first home game this season. The game is currently scheduled for Sunday, August 25th, 1:00 PM at Centennial Stadium in Etobicoke.