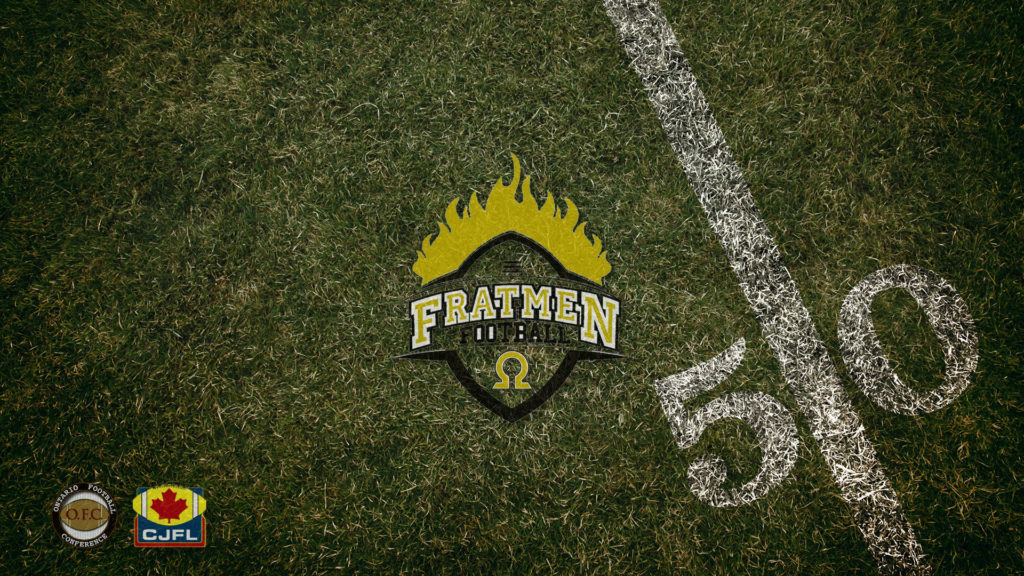 Most of 32 first year players from last season returning

Fratmen head coach Mike LaChance has high hopes for this year’s team, which opens on Saturday against the GTA Grizzlies at Alumni Field. Game time 3:00pm.

“If we don’t win an OFC championship, it’s a failure to me,” LaChance said. “We have enough talent back.”

Quarterbacks Daniel Mailloux and Colton Allen, who combined for over 2,000 passing yards and 23 touchdowns last season, both return along with leading rusher Nash Prieur, who averaged six yards per carry. But it’s at receiver where the Fratmen could be really dangerous.

“We’re going to start five receivers that run a 4.5 (40-yard dash) or better,” LaChance said. “There’s not too many teams that do that, even at the university level, so I think we’re pretty fortunate that way.”

“I’m glad to be home, so my family can comeback to the games,” the 21-year-old Holmes said. “When I was away, everyone had their family at the game and you’re just sitting on the bus.”

The five-foot-11, 180-pound Holmes led the Rebels in receiving yards last season, but is happy to be back playing with people he grew up playing with and against.

“These are guys I played high school with and that’s fun,” Holmes said. “Everyone comes and works hard and has fun. It’s about not getting things too complicated. We’re doing what we’re good at and playing ball.”

The one area of concern for the Fratmen is at offensive linemen where three eligible starters did not return this season. That leaves LaChance with just Corey Levesque and Mark Speller to build around.

“We didn’t expect it, so we didn’t recruit for it,” LaChance said. “It really kills you.

“If the offensive line just holds their weight offensively, I expect our offence to put big numbers up against people.”
Defensively, the team also got another player to return home from Westshore in defensive end Lawhya Lako.

“Playing for Windsor, I just missed it,” said the 22-year-old Lako, who is a St. Joseph high school product that previously played for the Essex Ravens and Windsor Lancers. “There’s nothing like playing at home and that hometown feel.”

The six-foot-one, 220-pound Lako will give other teams someone to think about up front aside from nose tackle Jordan Krug.

“I know a lot of people I played with, so it wasn’t a hard decision,” Lako said. I know most of these guys and won a championship with some of these guys with the Ravens. I’m excited and I think we’re going to kill it this year. I’m ready to get going.”

Lako adds more speed to a unit that also three of the league’s top defenders in Elijah Blythe, Jalen Butcher and Dalmas Lynch.

“Defensively, we’re pretty loaded,” LaChance said. “We’re not extremely deep, but we’re really loaded. A lot of good linebackers and the secondary is lights out.

“Defensively, I don’t know if teams are going to want to throw the ball a lot against us because we’re very dynamic. Even the linebackers, everyone can run. It’s a very fast team.”