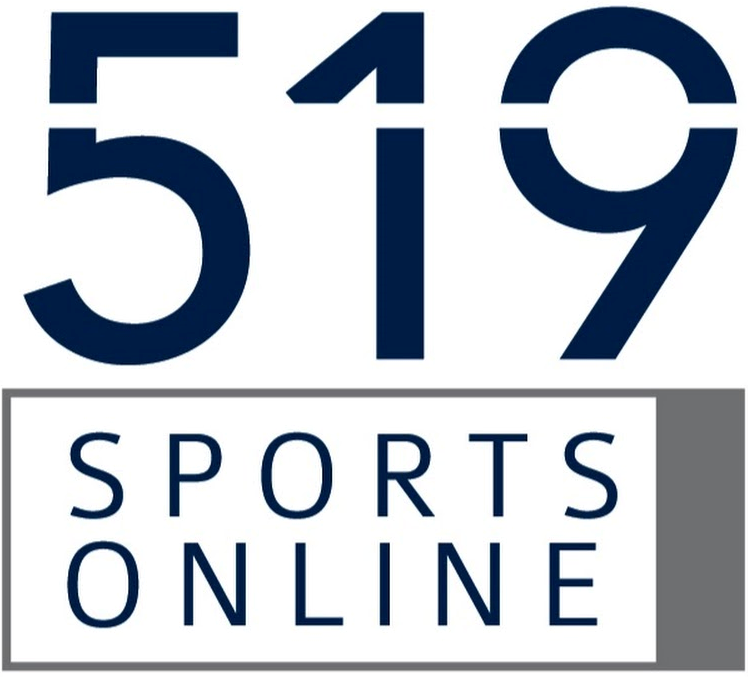 For the first time in a number of years, the Beefeaters defeated the Windsor Fratmen. On Saturday night at TD Stadium the Beefs triumphed by a score of 41-34.

Windsor opened the scoring 10:46 into the first quarter when Nash Preiur culminated a six-play drive, from their own 42-yard line, with a 3-yard plunge for the major. Eschewing the normal 1-point conversion, the Frat went for 2 points and were successful when QB Colton Allen found an open Jared Hayes-Williams in the endzone. Less than three minutes later London got on the board when QB Clarke McCallum connected with Tazie Vang-Bell on a 17-yard touchdown pass. John-Kurt Andreacchi converted and we had a ball game.

London took the lead just under five minutes into the second frame and it was the same McCallum to Vang-Bell combination that did the trick, this time from 15 yards out. Another Andreacchi convert made the score 14-8 at that point. About 8 minutes later, the Beefs finished off a 6-play drive from their own 26-yard line, generously aided by two UR Windsor penalties, with a 1-yard QB sneak by Clarke McCallum. Another Andreacchi convert widened the lead to 21-8. Windsor rebounded with 10 seconds left in the half as QB Colton Allen found Sammy Moro open in the endzone for six points. This time the two-point attempt failed and the Beefs went into the locker room with a 21-14 lead.

Two minutes into the third quarter London increased its’ lead with another 1-yard plunge by QB McCallum. The score was set up with a 66-yard pass and run from McCallum to Vang-Bell. The conversion made it 28-14. Following the ensuing kick-off and an illegal block penalty, Windsor started on their own 4-yard line and everything looked good for the Beefs. Windsor’s other quarterback, Daniel Mailloux, had other ideas and combined with Joojo Paintsil for a 106-yard touchdown pass and run. This time the 2-point conversion was good and the score narrowed to 28-22. A minute and a half later, Windsor tied the score on a 5-yard pass from Mailloux to Cody Holmes. Another attempt at a 2-point conversion failed and the score was tied at 28. At the very end of the third period, the Beefs scored on a 25-yard pass from QB Jake Pow to receiver Spencer Foster to restore the Beefeaters’ lead and, with another conversion by Andreacchi, the Beefs went ahead 35-28.

The Frat did not give up and, just under six minutes into the fourth quarter, they scored again on a 16-yard completion from Mailloux to Holmes. Another 2-point conversion failed and the score was 35-34. With less than two minutes remaining, the Beefs put together a six-play drive from the Frat 51-yard line that ended with a 5-yard run by RB Felix Noel to pay dirt. At 41-34, the Beefs decided to go for a 2-point conversion to make the game a two-score contest. The attempt failed and the Frat still had life. After the ensuing kick-off, the Frat began at their own 26-yard line.

Aided by a pass interference call, they were able to move the ball to the Beefs’ 54-yard line but a desperation third down pass was intercepted and the Beefs had the ball with little time on the clock. With time running out, QB McCallum handed off to RB Danny Byrne and he rambled for 10 yards and time, seemingly, ran out and the Beefs celebrated. But wait, there’s more. Someone one on the officiating crew decided that there was .01 seconds remaining so Windsor was given a final play. After much running around, Mailloux found Nash Prieur who, in spite of his best effort, could only advance the ball 8 yards. Finally, the game was over and the Beefs prevailed.

Overall, the Beefs had 415 yards in total offense while Windsor had 469 yards. Leading the Beefs on the ground were Tazie Vang-Bell with 43 yards on 3 carries and Felix Noel with 38 yards on 10 carries and a touchdown. Clarke McCallum had only 14 yards rushing but he managed 2 touchdowns.
Tazie Vang-Bell led the receivers with 4 catches for 162 yards and 2 touchdowns. Connor Depodesta had 3 receptions for 44 yards while Daniel Jaffe had 2 catches for 54 yards. Spencer Foster had a reception for a touchdown and Mitch Spence, Josh Waller, Felix Noel and Danny Byrne also recorded receptions.

On defense, Codey McRoberts had a great game logging 20 defensive points with 7 tackles, 3 knock downs and an interception. Linebacker Bailey Lynch had a good night as well with 4 tackles and a QB sack. Tanner Gaskill-Cadwallader, Willie Mboko and Dan Fitzgerald had strong efforts on defense.

The only negative in this exciting game was the more than 350 yards in penalties called in the game.