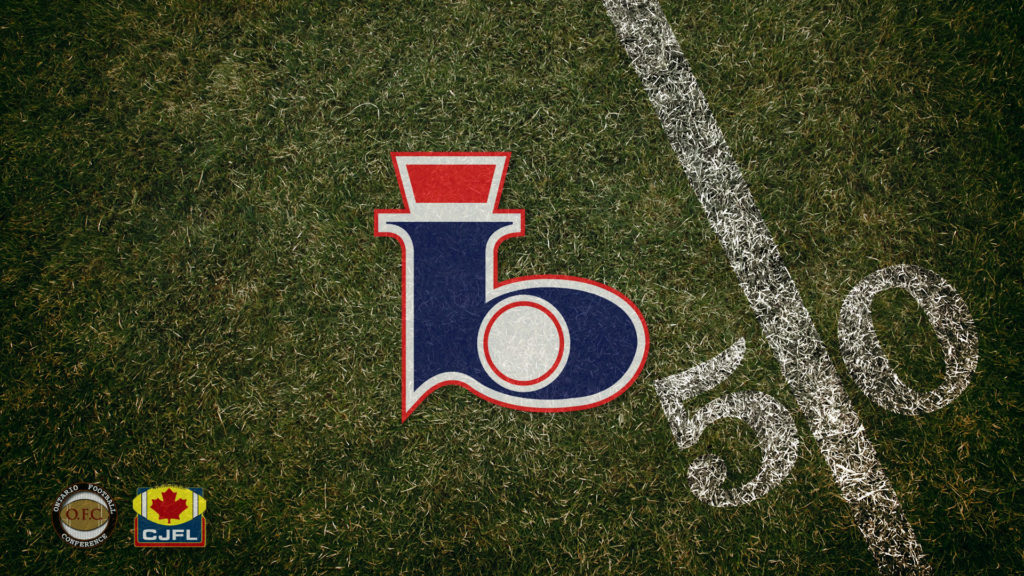 A couple of weeks ago, the London Beefeaters lost to Ontario Football Conference defending champion Hamilton on a field goal with 93 seconds left.

Not anymore. At that juncture in London’s evolution, it felt more like a championship-calibre football team let one slip away.

“We had something like five misfired snaps on punts and one in the final two minutes that put them in field goal position,” head coach Jesse Maddox said. “We won’t see them again until the (Ontario Football Conference) final if we get there. But I think the guys realized at the time, ‘Omigod, we’re winning this game until right at the end’. They’re starting to buy in and believe that the song and dance I’m giving them is a good one.”

The immediate response was a 62-0 obliteration of Ottawa on the road. The Beefs, now ranked eighth in the Canadian Junior Football League, hold a 2-1 record and face a critical mid-season test against unbeaten No. 4 Windsor Saturday at 8 p.m. at TD Stadium.

In that sense, nothing has changed in a year.

Hamilton, Windsor and London outscored the other three teams in the conference a combined 183-13 last weekend. The Beefs, though, still have to find a way to put a dent in one of the two perennial contenders.

“It’s a three-headed horse and hopefully, we’ll punch our way to the top,” Maddox said. “We’ve got a really good team and there are no excuses. We need to have a statement week. Take care of Windsor, don’t keep it close and people will start realizing we’re serious.”

Chris Marshall, now a Western assistant, elevated London’s program over the past few years and the intention of Maddox is to push it to ongoing elite status.

Not that long ago, it was a struggle to attract enough players to have backups at several key positions. Some weren’t able to attend workouts on a regular basis.

Under Maddox, the roster is 76 strong and 59 of them showed up at practice this week. That’s the usual routine in Hamilton and Windsor, too.

“We have the pieces that are starting to come together,” the coach said. “The guys are very aware I’ll keep bringing in players and we’ll keep competing. We’ve accepted kids back who have screwed up in the past. I told them everyone gets a fair chance here, I don’t care about the history, but if you repeat the same course, then you’re gone.”

Instead of one good arm, there are two in quarterbacks Clarke McCallum and Jake Pow. Both have seen time so far this season, though Pow is coming back after having been cleared from a concussion.

Former Clarke Road standout Tazie Vang Bell returned to the team and is one of three running back options with Sherbrooke’s Felix Noel and Essex Ravens standout Danny Byrne.

“Tazie’s back full force and he’s a big piece of the puzzle,” Maddox said. “This time, he’s in a rotation with two other guys just as good. It gives us a whole different dynamic. Now, we have one who’s a burner, a one cut-and-go kid and a kid who runs between the tackles.

“It gives the run game balance.”

They are protected by a group of 11 offensive linemen. There are a half-dozen really solid receivers and, up front on the other side, there are 22 defensive linemen.

One of the biggest coups for the Beefs was the successful recruitment of Catholic Central and South grads who boast high school championship pedigree.

That’s complemented by a handful of out-of-province starters.

“You’re getting some kids in here who have been taught at a different level,” Maddox said. “We’ve done this while retaining 90 per cent of last year’s team. We have a practice squad and a not-dressed roster and it’s very competitive right now.

Everything is earned. And soon, that big win against a fellow contender will come.