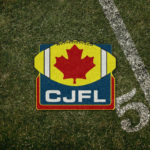 OFC Will Not Operate This Season Due To Covid-19

The Canadian Junior Football League has determined that it is not feasible to operate a regular season or playoffs for the 2020 season. Our focus and attention will now be on our return to play plan for the 2021 season.

“It is very disappointing to make this announcement today, but our priority is the health and safety of our players, coaches, staff, and team administrators”, stated CJFL Commissioner Jim Pankovich.

Since the beginning of this pandemic, the CJFL has followed all public health guidelines and will continue to support them in the future. Unfortunately, at this stage, return to play guidelines do not allow for large enough gatherings to make training and competition safe for our athletes.  Despite our hope that the situation in Canada would improve and allow for the CJFL to proceed with the 2020 season, the health and safety challenges stemming from the COVID-19 pandemic and the ongoing risk to our players, coaches and staffs make it unfeasible for the CJFL teams to compete in 2020.

“Our teams play an important role in their communities. All CJFL teams will continue to engage with their players and communities as regional public health regulations allow.”  continued Pankovich.

We look forward to returning to competition in 2021.

For some Monday June 1st is the biggest day of their young lives, as the CJFL presents its National Signing Day.

The day is earmarked every year on June 1st, the day in which players can finally sign with a CJFL club. When a player signs he is essentially signing for his entire junior football career as the player then becomes the property of that team.

So many considerations are made before signing with a CJFL club; location, team support, roster depth, coaching staff, scholarship program, etc all weighs in on a player’s decision.

National Signing Day is not only exciting for the players, but the coaches as well. Their ideas, hopes and hard work will finally come to fruition as they start to fill their roster spots.

Following National Signing Day coaches can continue to recruit and sign a player immediately if he’s a good fit for their team.  That said the bulk of the players ready to play in the CJFL will sign on June 1st.

Once players sign on the dotted line, coaches can begin developing their schemes and systems around their potential starters.  They can also begin preparing for their Main Camp along with Week 1 of the regular season, still to be determined as restrictions from COVID-19 begin to lift.

All three Conferences and 17 CJFL teams will participate on June 1st, signing players to their 2020 roster.

Fans can keep up to date with CJFL National Signing Day on social media with #CJFLSigningDay as teams will be posting once a player signs.